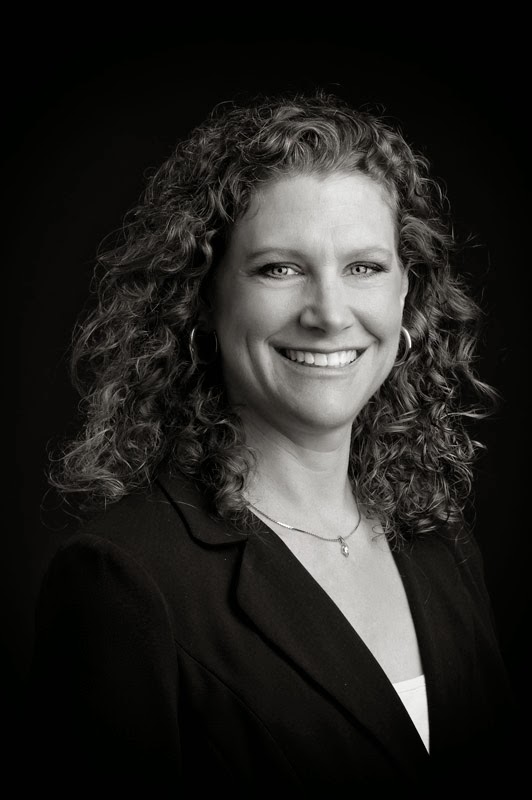 Super congrats on your latest release, Final Trimester. Your medical background certainly brings your books to life! Let's talk a little about what you do when you're not writing. I love writers who are able to incorporate their professions into their writings. It makes their stories so true to life.

How did the idea for Final Trimester come about?
Being an EMT and a Haz-Mat and FEMA Operative for a decade, I naturally implement my firsthand medical and rescue knowledge and experience into all my books. The idea for the killer’s character in Final Trimester sprouted to development the first month I worked in EMS due to an actual individual I encountered. I’m fascinated by intense human behavior that causes extreme chaos and destruction, and I love to see people step out of their comfort zones to stop that destructive person, no matter how difficult the task. 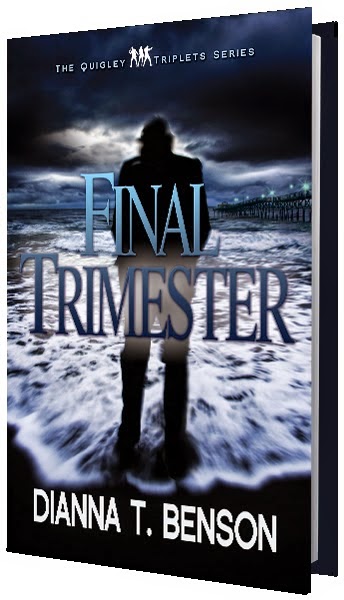 How long did it take you to write it?

I started writing Final Trimester (my sixth completed book) the summer of 2007 and finished January 2009. At that time, that was the fastest I’d ever completed a book, and I did so since I was agented and my agent was eager to submit it out.

My first release, The Hidden Son, was my fifth complete novel and took many years to write (just like the four books before it). Now that I’m under publishing contract with planned release dates, I must complete a new book – start to finish – in nine months.


Any writing tips? Writing rituals that helped you get going?

For the best answer on this, view my WRITING page on my website: www.diannatbenson.com


How long was your road to publication? And how did you deal with rejection?
I started writing my first book in 1993. After completing five books, I signed with my agent in 2007. Six agents offered me representation that spring; it was difficult to choose between them since all six are top-notch agents.


Fall of 2007, a film agent requested a screenplay of The Hidden Son after reading the book. In early 2009, just a few weeks before I finished writing the script, the film agent suddenly retired due to health issues. I never pursued anything further with the screenplay and focused back on novel writing.


Later in 2009, I was offered a four-book mainstream contract, but my husband was just diagnosed with head and neck cancer, so I turned it down to focus on our young family of five. During his treatments and surgery, I read inspirational suspense for comfort and support. I then wrote my first inspirational suspense and loved the genre. In 2011, I won the Genesis in the mystery/suspense/thriller category.


In February 2012, I had contract offer from B&H, a large traditional publisher. My contract was pending for thirteen weeks due to the publishing house facing difficulties (less than a year later they permanently discontinued their fiction department). Less than a month after my B&H contract fell through, Ellechor Publishing House, a small traditional publisher, contacted me and requested me to submit to them. Within days of doing so, they offered me a nine-book contract.

What an awesome story! And I just love how you are able to add your experience into your books.

Where can we learn more about you?

After majoring in communications and a ten-year career as a travel agent, Dianna left the travel industry to earn her EMS degree. An EMT and a Haz-Mat and FEMA Operative since 2005, she loves the adrenaline rush of responding to medical emergencies and helping people in need.
Dianna lives in North Carolina with her husband and their three children.

Final Trimester
Book One in the Quigley Triplets Series

Paramedic Jodi Duncan recognizes the work of a serial killer before the Myrtle Beach PD even suspects a connection between the deaths of two pregnant women. Despite the vast differences in the two cases, Jodi urges Detective Nate Quigley to think outside the box. After digging deep into the separate investigations, Nate finds no evidence to support a serial killer theory, and he warns Jodi to back off police business, which only fuels her passion for the cases.

When a third pregnant woman is murdered, Nate is named lead detective on the case and works to link the deaths in order to unmask and stop the serial murderer, a disturbed man who believes God and the devil battle inside his head to bend him according to their wills. As he fights both voices, his interest fixates on Jodi when he discovers her obsession with ending his rampage.

THANK YOU so much for stopping by and commenting! Appreciate it! YOU rock!